Beasts of the Southern Wild (M) 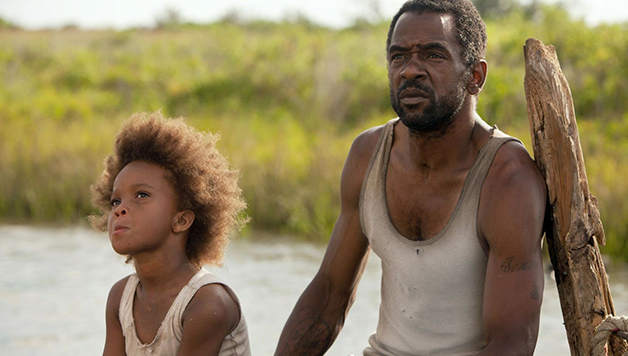 Mature themes USA 2012 Director: Benh Zeitlin Written by: Featuring: Quvenzhané Wallis, Dwight Henry, Levy Easterly, Lowell Landes, Running time: 93 minutes Winner not only of the Camera d'Or in Cannes this year for best first film, but also of the International Critics Prize was Benh Zeitlin's amazingly innovative Beasts of the Southern Wild. Living in the bayous of Louisiana, literally at the end of the world is six year old Hushpuppy - with her Daddy Wink. It may not seem much, but it's a life valued by them and other residents of The Bathtub. (A levee separates The Bathtub from the rest of the developed world, the people there are vulnerable when a big storm floods the area.) To put this film in the category of mere narrative is to do it a disservice, it's a wonderful mix of social realism, magic realism and at the heart of it is an extraordinary performance from young Quvenzhane Wallis. Hushpuppy sees the world in its natural order and as she observes, 'the universe depends on everything fitting together just right'. Sometimes in Hushpuppy's world things are not fitting together just right. Nonprofessional actors dominate the film and Dwight Henry's performance is also heartbreakingly good. (This is a daring film and a very moving one made with extraordinary integrity by Zeitlin who belongs to a film co-operative in New Orleans called Court 13. He was also one of the composers on the film and the music is an important part of it.) A word of warning, the camera work by Ben Richardson is hand held and may not suit some people. Original review by Margaret Pomeranz - Compiled by Mark Horner