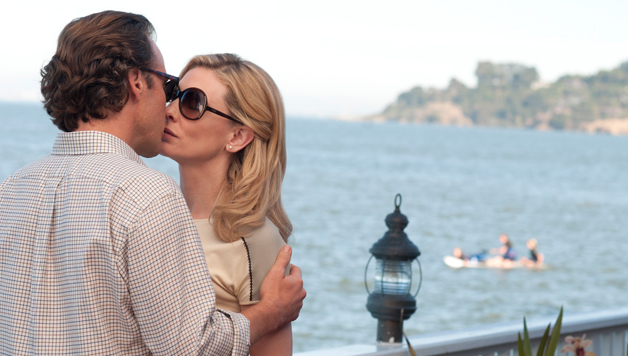 When she loses everything after her husband Hal (Alec Baldwin), is revealed as a scam artist, Park Avenue high society wife Jasmine (Cate Blanchett) is forced to slum it with her blue-collar sister Ginger (Sally Hawkins) in San Francisco. She struggles to build a new life without her husband's illegally-obtained wealth and without the emotional stability she craves.

When we meet Jasmine, elegant in designer clothes and babbling non-stop to a stranger on a firstclass flight from New York to San Francisco, it is hard to imagine she is not a woman in control. By the time she is installed in her sister Ginger's homey but decidedly unfashionable apartment, the gloss starts to wear off. Slowly, as all the elements in Jasmine's new life become apparent - Ginger's noisy kids and low-class boyfriend Chili, of whom she clearly disapproves, things are not looking ideal.

Jasmine's story unfolds slowly as her perfect life with her wealthy property developer husband, Hal, is revealed in tantalising flashback snapshots, punctuated by serial infidelities and dubious business ethics. The contrast between the luxurious homes, splashy parties and expensive jewellery, with her current life in a menial job, could not be greater, and although we feel little sympathy for her as she pops pills, talks to herself and chain-sips Stoli martinis, we do feel her pain.

The grit of Woody Allen's tale lies in perceptions and attitudes, with Jasmine's upturned nose pointing at Ginger's life and choices. The fact that the girls are both adopted is an additional sting in the tale. By the time Peter Sarsgaard's eligible, wealthy and ambitious Dwight slides into view, it seems to be a match made in heaven and Sarsgaard is suitably smarmy.