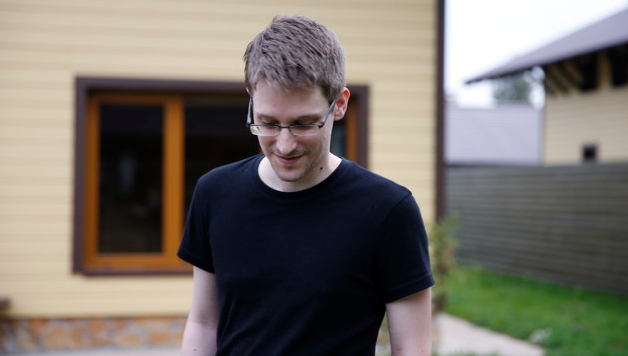 No amount of familiarity with whistleblower Edward Snowden and his shocking revelations of the U.S. government’s wholesale spying on its own citizens can prepare one for the impact of Laura Poitras’ extraordinary documentary. Far from reconstructing or analysing a fait accompli, the film tersely records the deed in real time, as Poitras and fellow journalist Glenn Greenwald of The Guardian, meet Snowden over an eight-day period in a Hong Kong hotel room to plot how and when they will unleash the bombshell that shook the world.

Poitras was contacted by the anonymous “Citizenfour”, who sought her help in exposing proof of the governments indiscriminate gathering and processing of U.S. citizens’ emails, bank accounts, digital transactions etc. She then convinced Snowden to be filmed. Snowden makes it clear that he lacks both the desire and the competence to decide which information to make public; rather, he believes, it is the job of the journalists to whom he transmits the data to avoid releasing any documents that could compromise national security. Snowden is concerned that he may end up as the story, rather than his revelations. As it turns out Snowden does become a more visible presence than the US National Security Agency (NSA) betrayal that so profoundly touched billions of lives.

The film is exceptional in the way it tells a story in which the filmmaker and her work play a part. It is as if the Watergate burglars had taken along a film maker who recorded their crimes and the cover-up that followed. The issues in Citizenfour however, are arguably more potent than Watergate.

Snowden is portrayed as a fascinating, calm, utterly sincere gatherer of unwelcome information whose scientific brain collates and analyses data with an odd combination of cool distance and deep-seated paranoia.

Once Snowden goes undercover, Greenwald becomes the public promulgator of his legacy, holding press conferences and appearing before committees around the world.