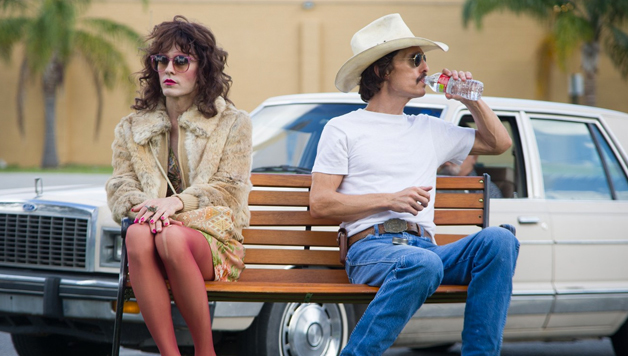 At the beginning of the AIDS epidemic patients were advised to wait for drugs to be developed. In the 6 years following the first recording of AIDS in 1981 more than 40,000 people in the US died whilst waiting. The film begins in 1985 when Ron Woodroof is told he has AIDS and will die within 30 days. Ron, an oilfield electrician, is a loud mouthed, womanising, gay-hating Texan who loves rodeos and initially seems less concerned about having AIDS than he is about the insulting implication that he is a “faggot”.

Any prospect of a dignified death looks remote, Ron lives in a trailer park and his homophobic friends begin to shun him. Never the less he becomes the unlikely leader in a battle with the medical establishment represented by the Food and Drug Administration. He has little money and is desperate to get hold of AZT, the only drug he thinks can help him. He does acquire black market AZT but decided the dose was toxic and ineffective. Ron is then driven to research and find drugs overseas that HIV sufferers need and want and with the help of Rayon, a cross-dressing homosexual, he starts the Dallas Buyers Club. The membership fee for the Club includes access to vitamins, anti viral drugs, proteins etc which were then illegal in the US.

The film, which is based on a true story and took 20 years to progress from screenplay to film, provides an insight to the times and how (badly) we dealt with the AIDS breakout. The message is how compassion is much more powerful than hate and violence.