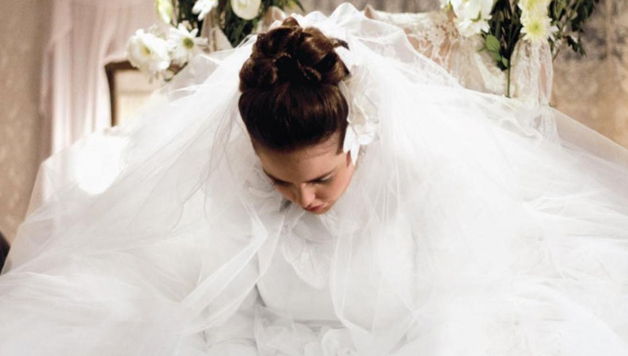 The opening shot of Fill the Void captures the faces of Rivka, a mother and her daughter Shira, swivelling their heads, clearly searching for someone or something. They are scouring a grocery store to spy out a young man that Shira's parents hope their 18 year old daughter will consider marrying. One peek, and she is ready to be his wife. But before the pairing can begin, tragedy befalls the family. Shira’s older sister dies during childbirth, leaving her husband, Yochay, a firsttime father and widower.

Rivka fears Yochay will remarry and move abroad, taking her grandson along, so she proposes an alternative: Yochay should marry his late wife’s sister, Shira. Both Yochay and Shira have reservations about this arrangement, understandably, and the film follows the pair’s process of grappling with this potential outcome so soon after a heartbreaking loss.

Despite the charged story line, the film remains understated. There are no histrionics, even when Shira feels the immense burden of her mother’s expectations to marry a man she had never imagined loving. Yochay, too, feels the strain. But rather than resorting to anger or passive aggressiveness, he looks at Rivka and simply says, “You’re pressuring me.”

The attention to tradition and concern for marriage unexpectedly call to mind “Pride and Prejudice,” especially with the character of Frieda, who could be a modern-day Hasidic version of Jane Austen’s Charlotte Lucas. Shira’s friend appears to have no prospects for marriage, which invites the open pity of everyone around her, especially during weddings.