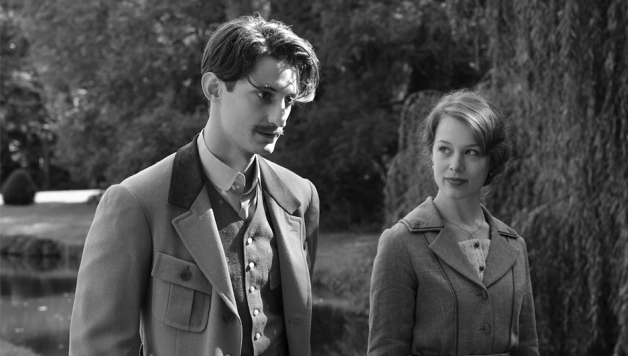 Can carefully constructed lies heal the emotional wounds of war? That unsettling question goes to the heart of “Frantz,” François Ozon’s sleek, sombre film set in Germany and France in the aftermath of World War I.

For an antiwar film, it doesn’t rub your face in gore; there are no battle scenes, only a mood of bitterness, despair and exhaustion prevails. The movie even goes out of its way to evoke the cultural similarity of two warring nations, who appreciated the same music and art.

The title character (Anton von Lucke), seen in flashback, is a handsome German in his 20s who died in the trenches and is memorialised throughout the movie. You feel the anguish of his parents, Hans and Magda Hoffmeister, and his depressed fiancée, Anna (Paula Beer), who lives with them. Another mourner, unknown to them, is his French friend Adrien (Pierre Niney). A willowy moustached French soldier with doe eyes and a timid manner who travelled from Paris to Germany, this mysterious stranger is first spotted by Anna while laying flowers at Frantz’s grave.

Adrien recalls a close friendship that began in Paris before the war, and the movie leads you to wonder if they were lovers. Anna is so touched by Adrien that she brings him home to meet the Hoffmeisters, but Hans resists accepting him. “Every Frenchman is my son’s murderer,” he declares, then softens when Adrien tells him about his and Frantz’s shared pacifism and tastes in music.

In its early scenes, “Frantz” sustains the mood of a solemn, romantic period piece. At crucial moments, this mostly black-and-white film breaks into colour. The movie soon takes on the tone of an Alfred Hitchcock mystery. After one of her letters to Adrien is returned, Anna boards a train to Paris, hoping to find him. The film shifts into a slippery realm of secrets and moral uncertainty that eventually leads her to consult a priest for advice. The scene poses profound questions about honesty and the possibility for redemption if truth is withheld.