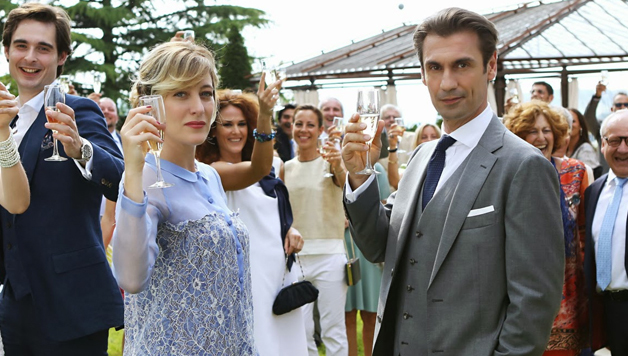 Strong sex scenes and coarse language Italy 2014 Director: Paolo Virzi Featuring: Fabrizio Bentivoglio, Matilde Gioli, Valeria Bruni Tedeschi, Guglielmo Pinelli Language: Italian, English with subtitles Running time: 120 minutes The rich benefit from economic instability and the poor are driven to desperation in this mystery drama that reveals three different perspectives of a single crime. The story involves three characters: Dino – a real estate agent whose desire to be part of a prestigious circle of business men leads him to invest everything he has in a hedge fund; Serena, Dino’s daughter, who’s caught between a very wealthy boyfriend and a very poor crush; and Carla the wife of the wealthy hedge fund manager Dino invests with and an aging actress who hopes to use her husband’s money to save a local theatre. The term “human capital” is legalese that designates an accident victim’s net worth in compensation claims. Here it aptly defines the Bernaschi and Ossola families, the first elegant capitalists and the second, struggling middle-classers. Dino Ossola is an embarrassingly gauche social climber who mortgages the house to buy into the Bernaschi family hedge fund, while his wife Roberta is pregnant with twins. Serena, his daughter by a first marriage, attends the same swanky prep school as the Bernaschi’s lunkish son Massimiliano and the two are dating. Dino's eyes are glued to the illusion of wealth as pure happiness The same night in all of these characters’ lives is repeated from each of their perspectives, in a series of vignettes that reveal the perpetrator of a hit and run accident. Virzì treats each vignette as a short film as opposed to getting caught up in forging as many connections between the vignettes as possible. As these characters again and again place vanity and greed over empathy, showing Virzì’s belief that risky decisions guided by a lust for wealth will lead to heavy costs in human life. Original review: Taylor Sinople-the Focuspull.com Extracted by: Janez Zagoda