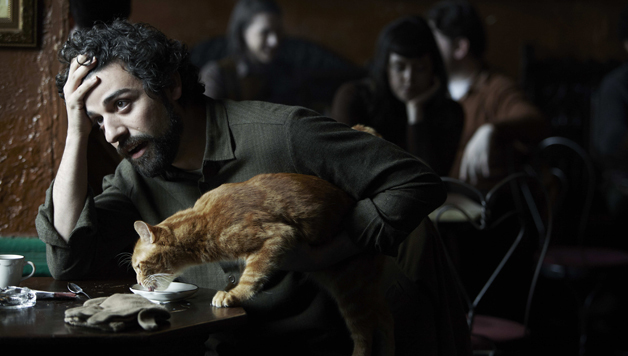 Llewyn Davis, a dour singer, down on his luck, who specialises in sponging off the good nature of others. He sleeps on whatever couch is available; he does spots at the local Gaslight nightspot; he even has an album out, one his prehistoric agent can't move.

And his life is like his album. He's going nowhere. Davis has tangles with his former girlfriend, who is now dating a talented singer; he irritates his well-meaning sister Joy with his gruff manner; he takes whatever work he can get; he scrounges; he even loses a friend's cat. Conventionally speaking, the film has no real plot. But it doesn't need one, for in its place is a rambling, random story rich with characters, incidents and small, memorable moments.

What makes the film fascinating and quietly compelling is how every single person in the film is likeable - except for Davis. He loudly declares himself an artist, yet can't appreciate the fact he is surrounded by people who offer him nothing but love, money, support and good advice. If the film has a pervasive theme, it's that some people are born jerks. Davis seems oblivious to anything but the cosmic importance of his own bile, which he spits out at every opportunity. Bearded and smug, Isaac delivers a totally convincing performance that serves as a sound backhander to artistic pretension.