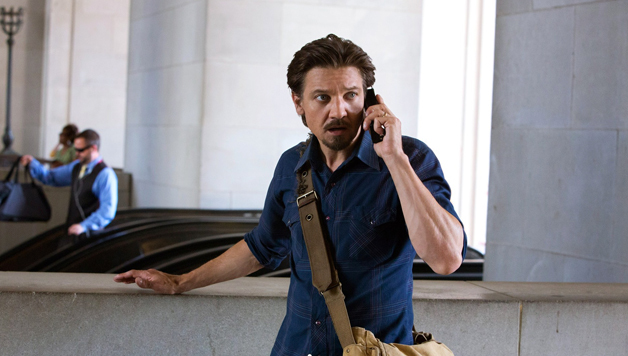 Mature themes, drug references and coarse language USA 2014 Director: Michael Cuesta Written by: Peter Landesman, Gary Webb Featuring: Jeremy Renner, Andy Garcia, Michael Williams, Robert Patrick, Jena Sims. Running time: 112 minutes The film is based on the life of investigative reporter, Gary Webb who sparked firestorms with his writing on a “dark alliance” between the CIA, Nicaraguan Contras and the American crack cocaine trade. Working for the San Jose Mercury News in the mid 1990’s Webb publishes a piece on seizures of suspected drug dealers’ property by the DEA and is contacted by a drug traffickers’ moll. This leads to a confidential file on a former Nicaraguan drug trafficker enlisted by the DEA to bring down a notorious kingpin. The action moves across Central America, Washington D.C., South Central L.A.’s crack killing fields and a jail where a gentleman criminal is held in such high esteem by the inmates that they clear the prison yard to allow him to practice his golf swing. Webb realises that there may be repercussions over his story which include an annoyed Los Angeles Times editor who assigned 17 reporters to the story. Webb is consistently being asked to defend allegations that he never actually made, his work attracting as much misinterpretation as condemnation. This creates tensions in his personal life. Increasingly marginalized at work and being transferred to a sleepy outpost, drives wedges between Webb, his wife Sue and eldest son. It is tragic that a flawed but well intentioned journalist should suffer so mightily for calling attention to such an explosive subject. But then this was at a time when America was more interested in Bill Clinton and Monica Lewinsky’s dress. Original review: Andrew Barker, Variety Extracted & Compiled by: Robin Claxton