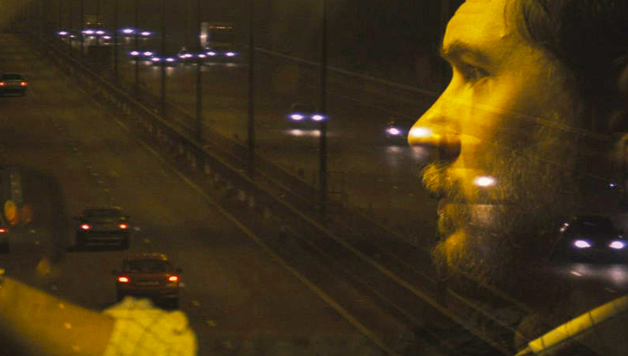 *REMEMBER AGM AT 6PM ON MONDAY Strong coarse language UK 2013 Director: Steven Knight Featuring: Tom Hardy, Olivia Colman, Ruth Wilson Running time: 85 minutes Ivan Locke, a dedicated family man and successful construction manager, receives a phone call on the eve of the biggest challenge of his career that sets in motion a series of events that threaten his careful cultivated existence By stripping away all the elements of bloated filmmaking, and setting his real-time film in this single Mercedes heading towards London, Knight tells an entire story. Whole characters are indelibly portrayed with nuance, ambiguity, precision, foibles, heroics and devastations, and we are thoroughly engaged. It would be fun to identify all of Knight's tricks of the trade, because they're not hidden; indeed they are so obvious that the film's one real danger is that of being too "perfect", of its clockworks being too loud, so that the ticking is annoying. Perhaps you'll feel this way. Perhaps you'll feel that one of Locke's challenges is, by its sheer magnitude, simply an example of "raising the stakes"; that his main emotional journey carries him between two things that are too neatly chosen as perfect opposites; that the exposition is too frontal - that it's all too neat. I could hear the screenplay ticking, the entire time, but it never bothered me, because that screenplay is such a thing of beauty, and it has been supported by such lustrous cinematography (Haris Zambarloukos) and performances (the perfect Hardy is surrounded by eleven other actors only ever heard on the Bluetooth speaker system) I cared for Locke, and his predicament, and his family, and his co-workers, and that other person he was talking to who was also a fully realised character although only a voice. Amazing. Original Review: CJ Johnson, ABC Radio Australia. Extracted and compiled by: Mark Horner