Me and Earl and the Dying Girl (M) 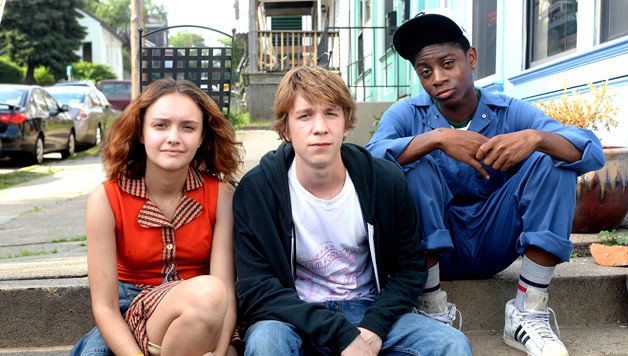 Right out of the gates, the movie looks like a cool kid's Instagram feed—but I have to admit that it's good. It's the feed of a camera with an eye for composition and interesting people.

We meet our protagonist Greg (Thomas Mann) as he sits at his word processor, trying to write the story we're about to watch. Greg tells us how he navigates the social war zone of high school. He's mapped out all the different cliques. Greg makes himself accessible to all, but identifies with none.

Greg reveals that he spends his lunch hour in a small room off the library, watching movies on a laptop with his tattooed history teacher and best friend Earl.

Don't forget that Greg's childhood acquaintance, Rachel, has just been diagnosed with leukemia. Greg's parents deliver him the news with the awkward humour indicative of hippy intellectuals. His father wears chakra coloured robes and specializes in weird, worldly cuisine. His mother insists that Greg befriend Rachel in her hour of need, and through that cajoling, of course, a tender friendship forms.

Rachel is a smart, sensitive teenager struggling with an unfair disease. Her single mother comes on a little strong at first. She always has a drink in her hand, but her daughter is dying of cancer, after all, and the film invites us to cut her some slack.

Indeed, it's the multi-dimensionality of the characters that elevates this material from a simple tearjerker into something that is smart, unexpected, hilarious and, at times, emotionally manipulative. Greg uses his intelligence and humour as buffers from the world. And Earl isn't a token black friend dropped into a white-person movie—he's from Pittsburgh's badder neighbourhoods and brings all that wisdom with him.

Every time I thought this movie was going to disappoint me with something clichéd or too sentimental, I was, instead, surprised by its cunning and self-awareness.