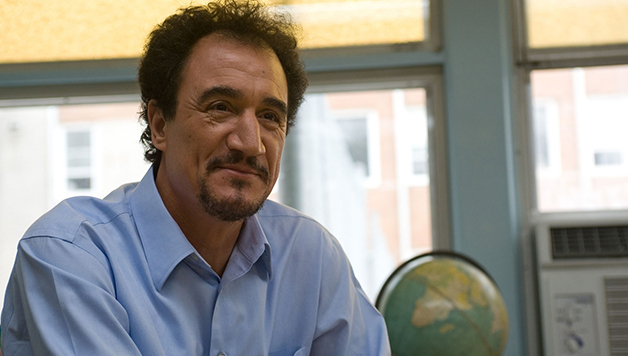 Mature themes Canada 2011 Written and Directed by Philippe Falardeau Featuring: Mohamed Fellag, Sophie Nélisse and Emilien Néron Language: French with English subtitles Running time: 94 minutes “Monsieur Lazhar” is set in an elementary school in snowy Montreal and the film follows Bachir Lazhar (Mohamed Fellag), an Algerian immigrant hired to replace a sixth grade teacher who killed herself in her classroom. Lazhar, a victim of a terrible personal tragedy of his own, arrives and helps the children through the difficult time. Falardeau presents this story of grief with a simple delicate touch. His affecting screenplay balances the sadness with breaks of comedy, and hits all the emotional notes with a subtleness that avoids the usual cheap tricks. He's aided by some fully natural and convincing performances from charismatic lead Mohamed Fellag, and from the child actors, Émilien Néron and Sophie Nélisse. A pair who share some great chemistry, as they deal with the poignant and unanswerable questions troubling them. The film's look and indeed the sound, echo the tone of its story with transparent camerawork and a floating piano score that are always precise but never draw undue attention to themselves, allowing just the right amount of light to penetrate the windows of the cold and depressing winter setting. Falardeau has captured some special moments of humanity and the outright charm and sensitivity on display is what really makes this beautiful film shine. Original review by Bonjour Tristesse. Extracted by Gill Ireland