Norman: The Moderate Rise and Tragic Fall of a New York Fixer (M) 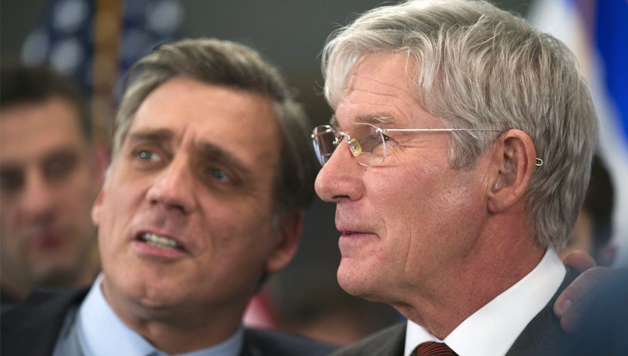 Meet Norman Oppenheimer, a singularly complex individual. Like any good hustler, he has you by the short and curlies at “hello”. One step away from desperation, the small-time New York fixer spends his days fervently but fruitlessly networking on the fringes of the big end of town. Occasionally, his connected but cautious nephew throws him a few crumbs.

The primary difference between this guy and your average con artist, however, is that he believes his own schtick — completely. (The secondary difference is that nobody else does).

On first encounter, this makes him seem like a tragic, even abject figure. The early scenes when he is ejected from a wealthy businessman’s select dinner party because his influential “plus one” fails to materialise, for example — are excruciating to watch.

But over time, Norman establishes his own particular kind of integrity. He’s not wheeling and dealing to fleece anybody, but in order to play his part; he wants to matter. An impulse decision to buy an expensive pair of shoes for an Israeli politician pays huge dividends when the man is later elected prime minister.

And from there, things take a series of unexpected turns. Norman’s naivety — and desire to connect — leads him to make some injudicious choices: talking to Charlotte Gainsbourg’s forensic accountant, for one. But by following his own path, without wavering, through to the bitter end, Norman comes out, if not on top, then at least with his own strange sense of personal achievement.

Gere spent nine months working his way into Norman’s skin. Plain, needy, strangely dignified and compulsively watchable — it’s the performance of his career. With quiet assurance, the actor lends a kind of raw humanity to what might have been a Jewish caricature.