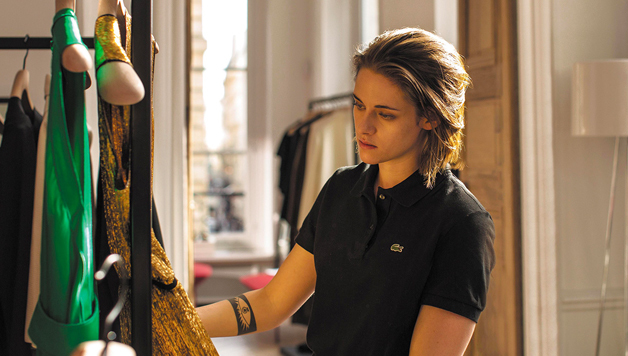 Personal Shopper is the most interesting film in which the mysterious creature Kristen Stewart has appeared, and the oddest. Olivier Assayas cast her as Maureen, an American girl in Paris whose job is to buy clothes and jewellery for a woman she loathes – a vapid German supermodel named Kyra, whom we never quite meet.

Maureen whizzes around Paris on her scooter, from Cartier to Gaultier to Chanel, selecting outfits for Kyra, who's never home. She is forbidden to try them on, but some of the staff use her as a mannequin, because she's the same size. Maureen hates this world – even though she has the kind of access some women dream of – because she is profoundly ill at ease.

Vulnerability is present here too, but it's not the only thing. Maureen is a twin, and her brother Lewis has recently died, leaving her halfway to madness. They shared the same congenital heart condition so it was not a complete shock.

Lewis was a medium, a gift she does not feel she shares, but they made a pact. Whoever went first to the afterlife would send a signal back, somehow. So Maureen spends a long night alone in the dark in the country house that he shared with his artist wife, Lara (Sigrid Bouaziz).

There's a long and fascinating sequence when Maureen goes to London for the day to pick up yet more expensive clothes. Someone texts her on the train – someone who knows a lot about where she is and what she's doing. Is it Lewis, she wonders?

We know there is another candidate – a man who might be trying to seduce her. She's not sure what she feels – sexual attraction feels better than grief. It's the kind of thing Hitchcock would be exploring if he were alive today, and it anchors the film's pitch to be taken seriously.