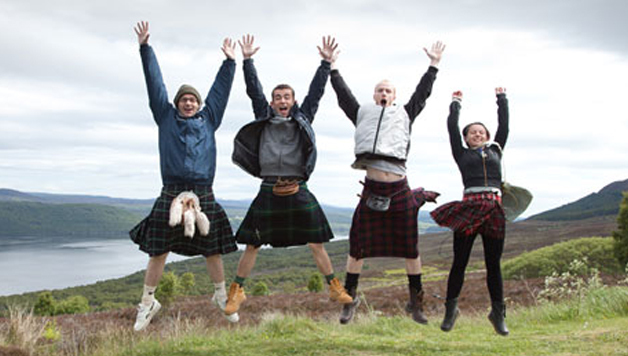 The background to this funny, warm hearted and deftly plotted film, is the widespread, seemingly permanent, youth unemployment in Scotland and the despair and communal erosion it engenders.

The movie begins with a group of young criminals brought together by chance at Glasgow’s City Court. Most face quite minor charges but one, Robbie, is involved in a serial vendetta and is up for a brutal assault. The demeanour of the accused is playfully contrasted with the solemnity of the bewigged judge. All are given community service and come under the supervision of Harry who brings a wealth of understanding to his charge’s lives and problems. During his first community service session Robbie is rushed to hospital where his partner is going into labour; he gets bashed by her relatives and decides that he needs to reform. Harry, a connoisseur of whisky, pours a dram to celebrate the birth of Robbie’s child. He later takes the young offenders to tour a distillery and to a whisky tasting in Edinburgh where it turns out that Robbie has a natural palate that can identify flavours, sources and even origins of single malts. At the tasting, Robbie is intrigued about the elusive 2% of spirit called the Angel’s Share that evaporates as part of the maturation process. He sniffs an opportunity when told about a cask of an extremely valuable old whisky to be auctioned. and plans a low-tech heist to give them the nestegg they need. The unwitting partners in their plot are Harry, who has encouraged Robbie’s passion and a sophisticated whisky broker.

It is all good, harmless, dishonest fun and a great movie.Original reviews: Philip French, The Observer; Fiona Williams, SBS. -