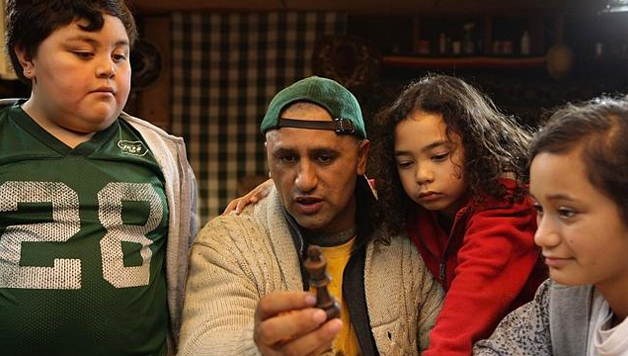 Coarse language, mature themes, violence and drug use New Zealand 2014 Directed and written by: James Napier Robertson Featuring: Cliff Curtis, James Rolleston, Kirk Torrance, Xavier Horan, Miriama McDowell, Running time: 124 minutes There is a sense that Gen, a giant, gentle bear of a man could lose control at any moment that gives the film an edge seldom found in the genre’s typically mellow fare. Here, it’s the raw tone, the ragged camerawork and the revealing performances that allow “The Dark Horse” to hustle its way into our hearts. Determined to add some stability to his life, Gen volunteers to help the Eastern Knights chess club, a scrappy after-school org whose hyperactive members barely understand the game’s basic moves. The group’s patient mentor is rightly dubious-there’s no sense in exposing already troubled kids to the potentially volatile influence of such an adult. Though the kids’ personal challenges are never made clear, they register as distinct individuals, to the extent that we find ourselves rooting for each of their success when they finally reach the chess championship — an event for which they look alarmingly out of place, like a posse of skater kids who’ve stumbled into a stuffy rich-kid prep school. In the case of Gen’s hot headed teenage nephew, Mana showing up for practice and competing in the meet are acts of open defiance, and Ariki isn’t the kind of character you want to make angry, which pulls the openly conflicted Gen into the centre of a potentially violent situation. Occasional expletives, some rough material involving Ariki’s gang and a tense cross-cutting sequence toward the end would likely land this film an R rating in the States, potentially limiting exposure for the most deserving cinematic export to emerge from New Zealand in years. Original review: Peter Debruge - Variety Extracted by: Peter Gillard