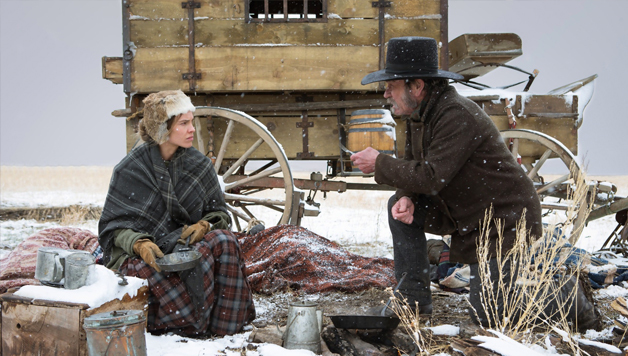 Life on the Nebraskan high plains in the mid-19th century could separate the men from the boys. You should see what it did to the women. Mary Bee Cuddy, is for the most part, the model American dreamer. She has two land claims out on the dust-blown prairie, and through sheer hard work and gumption, is wringing a small profit from each.

Yet to her fellow (male) settlers, she’s not quite right. Mary Bee is in her 30s and still single: “plain as an old tin pail, and bossy,” as she’s disobligingly described by a potential suitor, who, after an amusingly awkward dinner at Mary’s house, scuttles eastwards in search of someone meeker. Still, the community finds a use for her. After a brutal winter, three of the settler’s wives have been driven mad by bereavement and financial ruin, and the parish priest needs someone to literally cart them back to a sanatorium in Iowa – the pioneer’s journey in reverse.

The job requires a “homesman”: someone smart, strong and trustworthy, who can survive by himself for weeks on the trail. Except no man in town is up to the task; certainly none of the women’s husbands, who view their wives with the kind of puzzled disappointment they might feel towards broken farm equipment. The homesman has to be a homeswoman. Mary Bee grits her teeth and saddles up.

Briggs is a bedraggled, ass-scratching, evasive army deserter and claim-jumper whom Mary Bee cuts down from a noose not long into her journey. Mary Bee needs his help, and this odd couple trundle together across the wide open landscape, encountering American Indians, bandits and anything else the country can throw at them.

The Homesman may be old-fashioned in its bones, but it’s not a film to be watched and then tidily packed away.