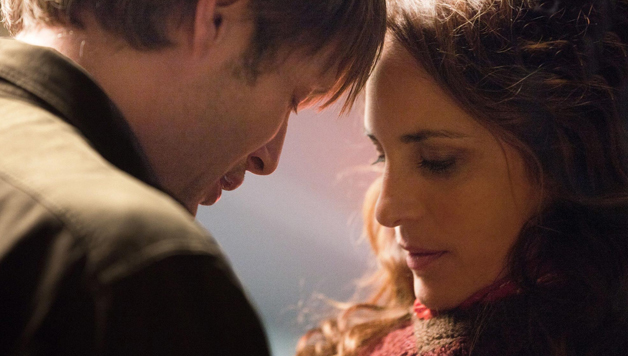 This taut, brilliant and unsettling film offers a bold perspective on child sexual abuse. Lucas, (Mikkelsen) works at the local kindergarten in a small Danish town. Recently divorced but things are improving with a new girl friend, happy times hunting with his teenage son and dog as well as strong support from his mate Theo. The youngsters at the kindergarten adore him. There are playful grapples in the playground and he happily walks Theo’s little daughter, Klara, to school. Then things go terribly and rapidly wrong. Klara misconstrues Lucas’s refusal of a gift and seeks mild revenge by telling the school Principal that Lucas has exposed himself to her. The Principal calls in a child psychologist who plies the child with leading questions and the police get called.

Lucas is soon buried in an avalanche of suspicion, the very weight of which turns accusation into conviction.. He is transformed into a threat to the close knit community, someone to be ganged up against. Shops refuse him service, a butcher provokes a fight and his dog is killed. Only his son and the boy’s godfather stand beside him and although by now Klara has told her mother that she just made the accusation up, no one wants to believe her.

The Hunt is not so much about Lucas’s guilt or innocence or about sexual abuse itself. It is about the hysteria generated by false accusations and the vindictive, menacing behaviour of the townsfolk who had been his friends.