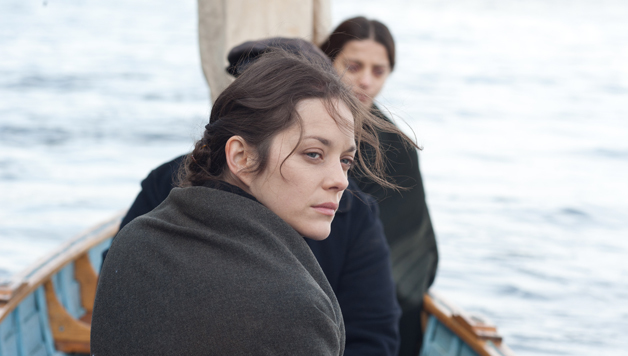 Mature themes, violence, coarse language, sexual references and nudity USA 2014 Director: James Gray Written By: James Gray, Ric Menello Featuring: Marion Cotillard, Joaquin Pheonix, Jeremy Renner Running Time: 118 minutes “The Immigrant” is centred in 1921 New York when the Cybalska sisters, Ewa and Magda, are among the many crowded in line at Ellis Island, waiting to be welcomed into America. The elder Ewa is a former Polish nurse who tries to advise her sickly younger sister to look well, but unfortunately, Magda is consumptive and kept in isolation. Ewa herself is corralled when she is suspected of being "a woman of low morals," but before she can be deported, she is "rescued" by a man named Bruno Weiss, who trawls the immigration station in hopes of picking up potential new additions to his troupe. Weiss runs a burlesque show made almost entirely of young foreign ladies who escaped the ravages of the Great War to seek their fortunes in America. He takes a special liking to Ewa, who finds herself disliking her new livelihood, and employer. Despite his rather sad-sack pursuit of Ewa's affections, Bruno still pimps her out to rich patrons. Ewa refuses to be downtrodden, even though she has convinced herself that she is a condemned woman. She flees from Bruno's employ at one point, only to end up back where she started in Ellis Island . . . and who is waiting to bail her out but Weiss again? There is a glimmer of hope for Ewa, in the form of a dashing Houdini-esque magician named Orlando. His relaxed charm and verve make a perfect foil for Bruno. Orlando's presence presents its own problems for Ewa, and the brewing conflict among the three central characters affects her most of all. "The Immigrant" is a rich experience which feels like an homage to the days of both Chaplin and Coppola. Original review by Stephen Seaworth, USA Extracted and compiled by Gail Bendall
Tap this button and choose "Add to Home Screen" to add Launceston Film Society to your home screen!
Tap this button and choose "Add to Home screen" to add Launceston Film Society to your home screen!