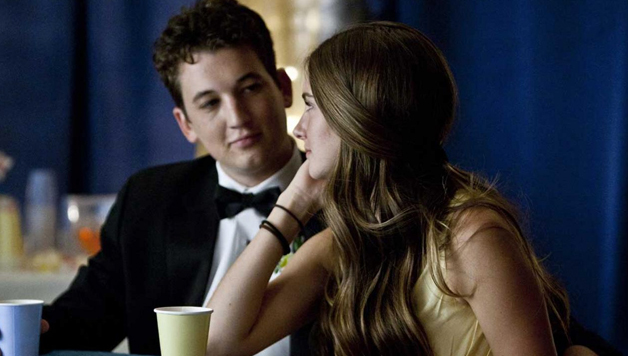 Adapted from Tim Tharp’s novel this film is an absorbing coming-of-age tale, in which a cocky, troubled teen named Sutter is forced to confront both his fears and his future. Life, it seems, is good for the high school senior. He has a buxom girlfriend and exists day to day within a loose devil-may-care environment. He enjoys sex and hanging out at friend’s parties and earns money working part time at a clothing store. The boss and customers like him, but his trusty hip flask is never far from view.

Matters begin to shift when he finds himself ditched for a high achiever. He then encounters Aimee, a sweet girl who has yet to have a boyfriend. Sutter has an affable enthusiasm for whom ever he is with, in a way Aimee has never experienced before. They get on well and Aimee, who lost her father years before, encourages Sutter to press his mother for information about the whereabouts of his own apparently wayward father who he misses greatly. His mother refuses but Sutter’s elder sister obliges. The meeting with dad is a disaster for the two teenagers and Sutter’s drinking worsens. His boss says he wants to continue with his employment but only if Sutter does not come to work drunk. Sutter says he does not feel able to keep such a promise and they part company.

Aimee is accepted for college in Philadelphia and suggests Sutter should join her there. He, however, has doubts as the pleasures of the moment seem to mean he has little hope for the future.

This is a well told story about crossing into adulthood and accepting the realities of your life.