Screening of "They Found a Cave" 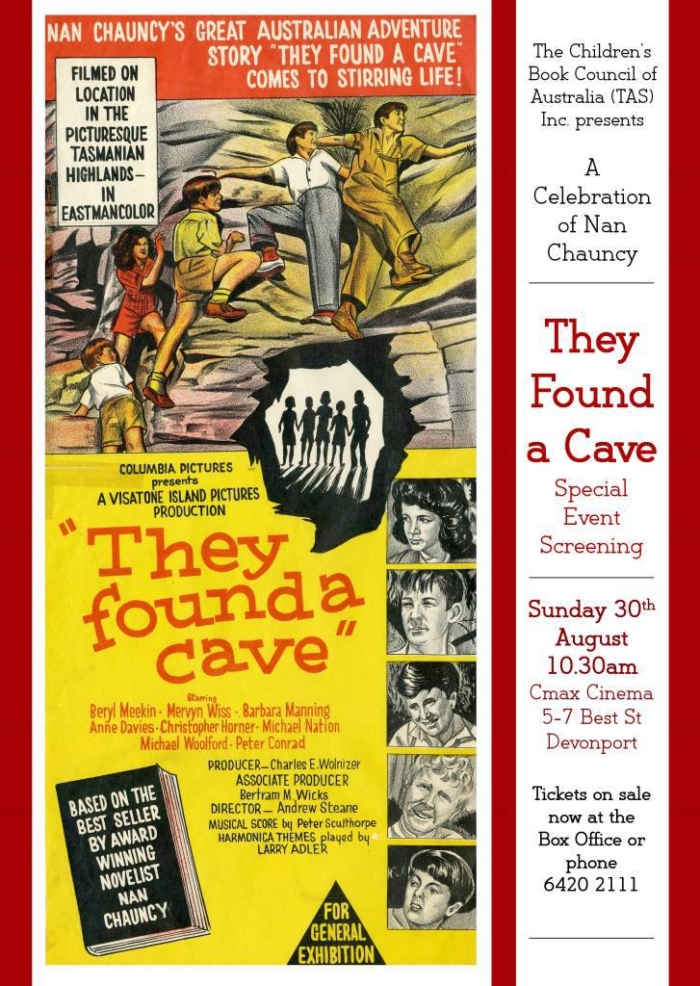 2015 is the 70th anniversary of the founding of Children’s Book Council of Australia. CBCA Tasmania is celebrating these milestones with a range of Nan Chauncy activities including a travelling suitcase exhibition, and the screening of the film They Found a Cave based on Nan’s first book. The film made in 1962 won the Best Children’s Film at Venice.

It was filmed by Visatone Island Pictures Production, headed by Charles Wolnizer, Bert Wicks, and Andrew Steane, with Merv Grey as the cameraman. Filming could not be done on site at Chauncy Vale as there was no electricity available. The caves were recreated at the Elwick Showground, and other locations at Rich­mond, Neika, and New Town Railway Station were transformed for the filming. The film was enhanced with a music score by Peter Sculthorpe (the Tasma­nian composer) which was played by Larry Adler (world-famous American harmonica player).